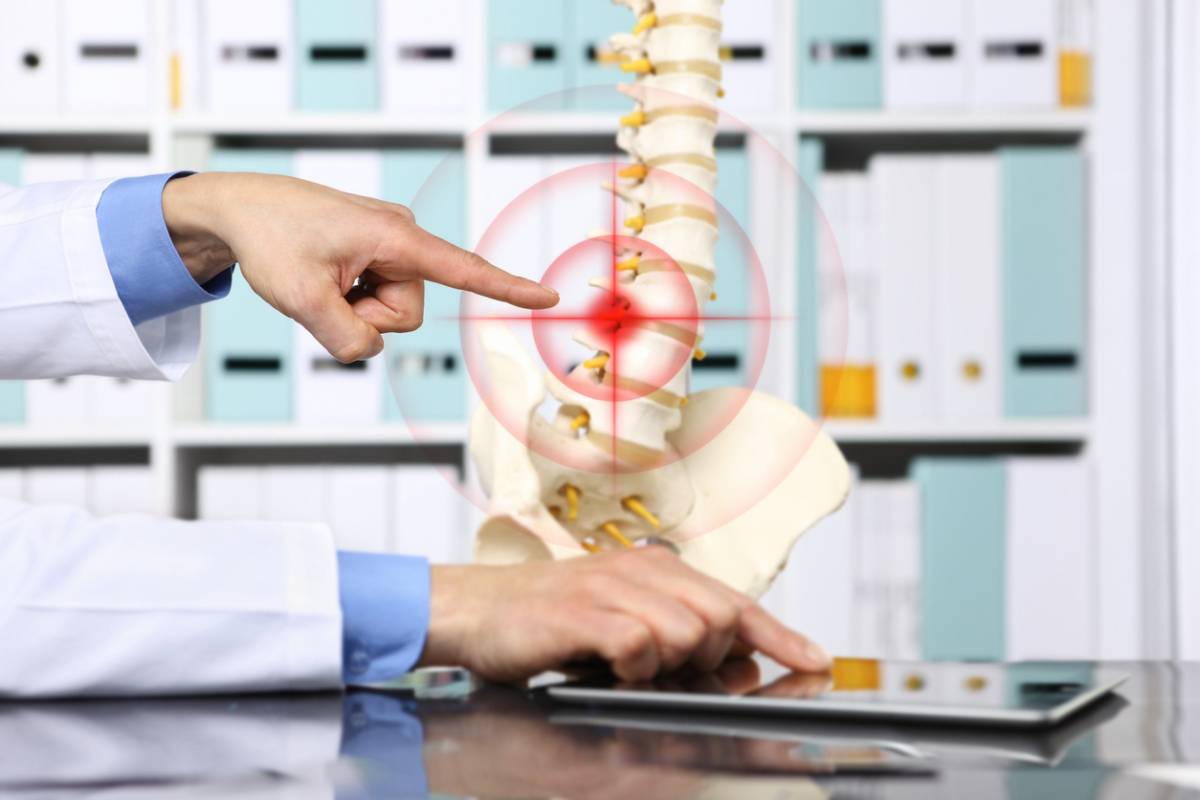 Herniated discs are capable of causing serious pain and weakness. Due to the function of the spinal cord within your nervous system, these sensations often affect the upper or lower limbs depending on the placement of the damaged disc. Fortunately, these symptoms rarely last more than six months and surprisingly few individuals experience anything approaching debilitating pain. But can a herniated disc heal itself?

What Is a Herniated Disc?

A spinal disc acts as a cushion between two individual vertebrae in your spine. It prevents the two bones from touching each other, ensures smooth movement, and helps to provide ample space for the surrounding nerves. The disc itself can be broken down into two major components, the soft, jello-like center and the tougher shell that holds the center together.

Sometimes that tougher shell cracks under the pressure of the vertebrae. This is particularly common in people who are over fifty, but it can happen to anyone. As a result of the crack, the soft center of the disc is partially squished outward through the crack. In some cases, the herniated disc doesn’t do much to affect surrounding structures. Patients with this type of herniated disc may not even know they have one. However, it is also possible for the herniated disc to exert pressure on the surrounding nerves, which will result in symptoms.

What Are the Symptoms of a Herniated Disc?

As stated above, some patients won’t have any symptoms because there’s no pressure on the surrounding nerves. If a herniated disc is putting pressure on a nerve, then the affected person may experience pain, numbness, tingling, or weakness in their back, arm, or leg. The nature of a person’s symptoms will depend on the placement of the herniated disc and the extent of the pressure placed on the nerve.

For example, a herniated disc in your cervical spine may cause symptoms in your arms and fingers. By contrast, a herniated disc in your lumbar spine could cause symptoms in your leg or foot. Often, patients don’t experience serious symptoms along their spine. This leads them to misattribute their symptoms to a more localized cause based on where they feel their symptoms most. As a rule of thumb you should always assume that sustained numbness or tingling may be a spinal issue even if you don’t feel it in your spine.

Can a Herniated Disc Heal Itself?

Therefore, if you have any of these symptoms, you should meet with your neurosurgeon in Los Angeles. Your doctor can help you to rule out more serious conditions and identify the real source of your symptoms. If they are ultimately caused by a herniated disc, your neurosurgeon will help you design an action plan designed to heal the disc without surgical intervention first.

How Do You Treat Herniated Discs?

About 90% of all herniated discs heal themselves within six months if the patient takes proper measures. These often involve over-the-counter pain medications and a fair bit of rest. Depending on the severity of your symptoms specific stretches and physical therapy may be necessary to get you back on your feet.

However, you may still experience symptoms six to twelve months after first visiting your local neurosurgeon. Then your treatment may require surgery. The good news is that we now have access to a minimally invasive herniated disc surgery that can provide great results with far fewer risks. The procedure is called kyphoplasty.

Kyphoplasty requires your surgeon to make a small incision above the affected vertebrae. From there, your neurosurgeon will use x-ray technology to guide their instruments through the incision. A surgical balloon is simply inserted into the damaged vertebrae. Then we inflate just enough to restore natural bone height, and then removed. PMMA, a bone-like cement, is then injected into the void created by the balloon. This process will help to stabilize your vertebrae and relieve your pain.